Back home now after his various wanderings, it is time for DonQui to get cooking again. 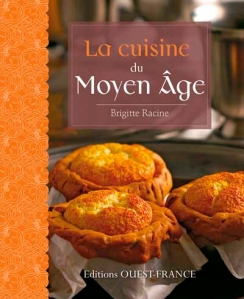 Now DonQui’s interest in history is as strong as his love of good food. When he was in France earlier in the year, he came across a beautiful little book — La Cuisine du Moyen Âge, by Brigitte Racine.

DonQui decides to try out the Limonia — a recipe for lemon chicken adapted from the Liber de Coquina which is believed to have been written by a Neapolitan chef in the 14th century.

The original recipe, which uses egg yolks to thicken the sauce, has been adapted by Brigitte Racine in her book and DonQui in turn also makes a few adaptions of his own.

Note: it is best to use unsalted liquid stock and not bouillon or stock cubes. The reason is that stock cubes are mostly salt and with the smoked lardons the dish will be too salty. In the UK DonQui gets his stock from Waitrose which he tends to stock up on (pardon the lame pun) and freeze until needed. 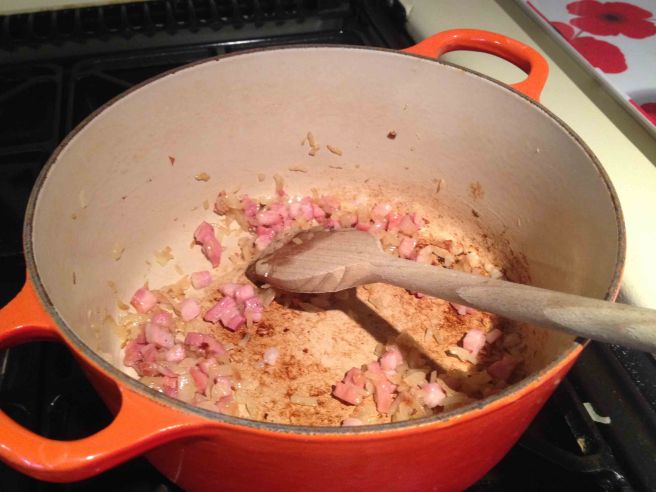 Fry the onions and lardons in a little oil until the onions begin to brown. Take out and reserve.

In the same pot, brown the chicken thighs in a mixture of butter and oil 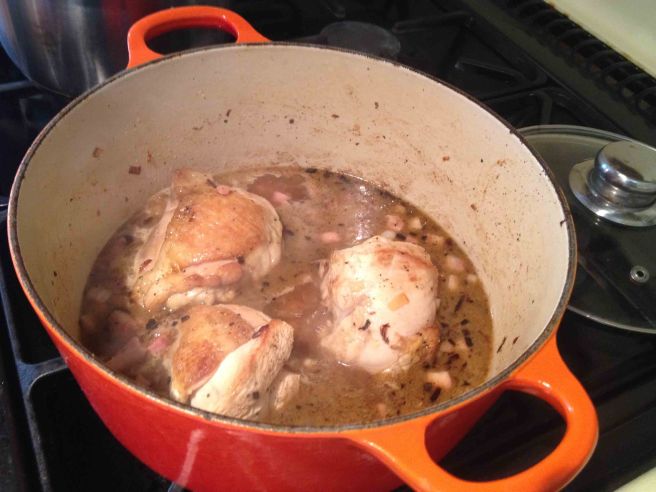 Add the ginger and pepper and put the onion/lardon mixture back int the pot. Stir together for a minute or so then add the chicken stock, bring to the boil, cover and simmer gently for approximately 30 minutes. 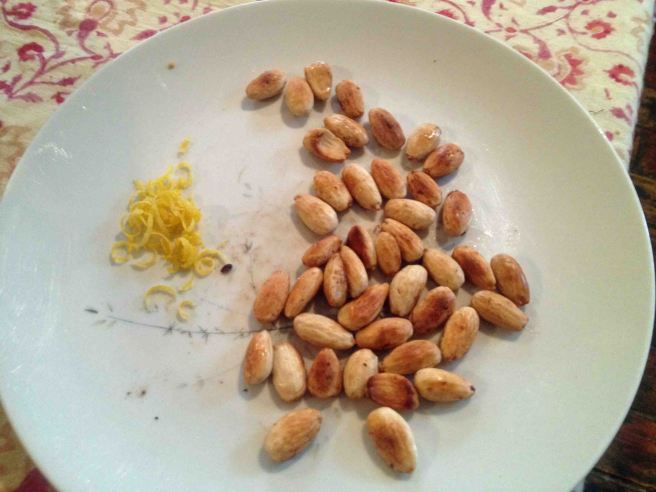 Meanwhile toast the almonds under the grill or stir fry in a little butter until they begin to brown. DonQui prefers the latter method as it adds a bit more taste.

After 20 minutes take the lid off the pot, add the lemon zest and let the sauce reduce for the last 10 minutes of cooking. If you want a thinker sauce then take the chicken out to keep warm while you reduce the sauce further. Add the lemon juice just before serving.

When using lemon juice DonQui always adds it at the end as the vitamin C is destroyed by long cooking. 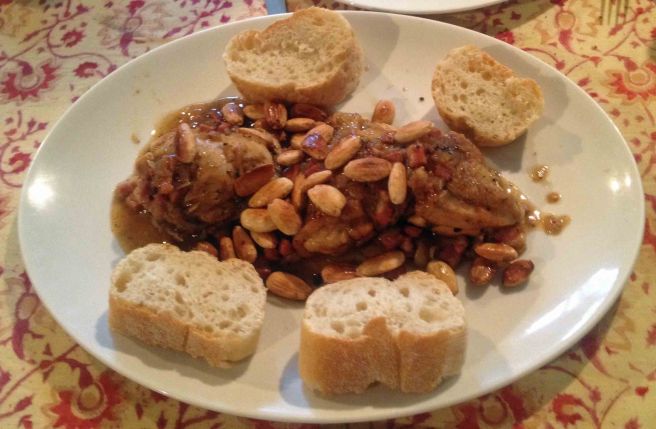 Season to taste and serve covered with the sauce and almonds. 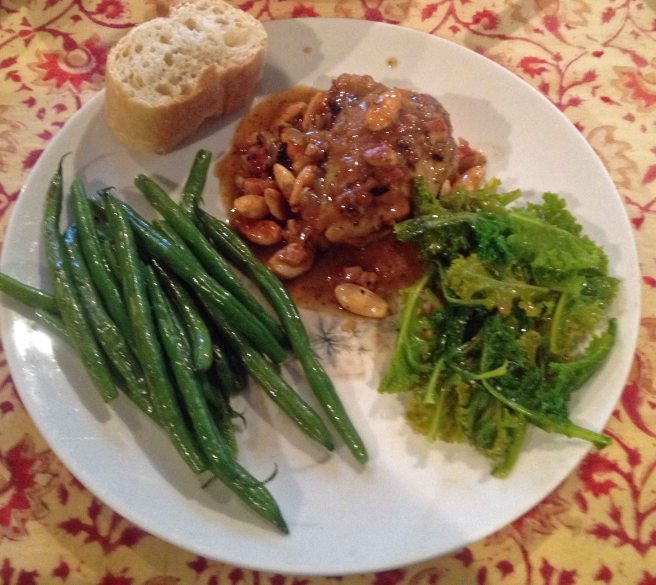 To be true to the medieval origin of the recipe DonQui served the chicken with beans, kale and bread. The latter would have been the most usual carbohydrate accompaniment to a 14th century meal. The potato was unheard of and rice was an expensive import, not cultivated in Europe until the 15th century. Pasta would have been a historically correct possibility as variations on it had been around in Italy since Roman times. Contrary to popular myth, pasta was not brought to Italy from China by Marco Polo.

Very simple to cook, DonQui thought the taste was utterly delicious. With its lemony/ginger/almond sauce it had a depth of flavour that reminded him of modern Moroccan cuisine. DonQui has since seen that the original recipe was thickened with ground almonds, much like some Indian dishes. He will try doing that next time.

For Latin readers the original recipe from the Liber de Coquina is as follows:

2 thoughts on “A Medieval Chicken”