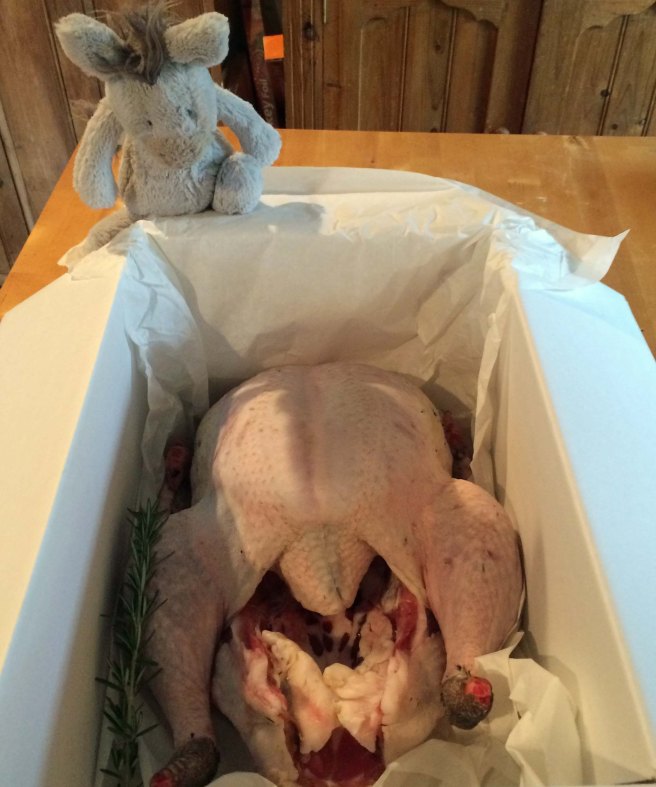 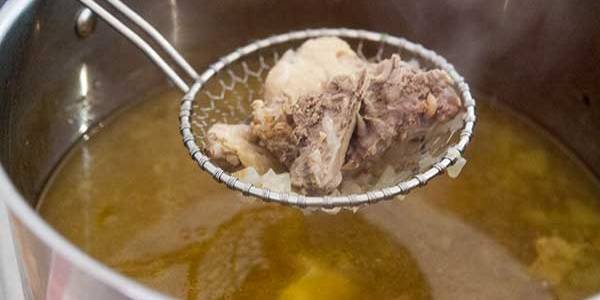 One of DonQui’s colts, now off in his own paddock, once toyed with freeganism and he has not entirely discarded some aspects of the anti-consumerist philosophy. 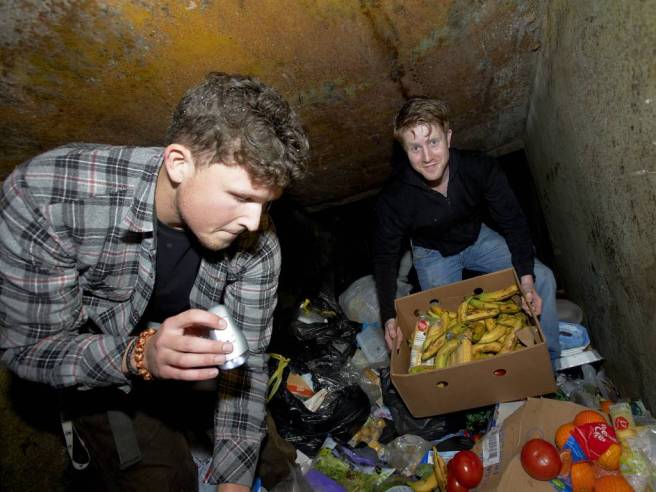 For those who don’t know, the name ‘freegan’ comes from a combination of ‘free’ and ‘vegan’. Amongst other things they will eat for free by ‘skip surfing’ to rescue good food thrown away by restaurants and supermarkets.

As DonQui is a committed carnivore, often spotted trotting around expensive gourmet food outlets, readers might be surprised to learn that he has some sympathy with the freegan philosophy. He likes cooking from scratch, and tends to buy locally and from small independent shops rather than from big supermarkets.

Recently he cooked up a nearly free meal.

It all came about when Duchess was not feeling well and DonQui thought chicken soup might be the answer. The problem was he had no chicken stock on hand. When Duchess suggested cooking it all up from scratch DonQui thought it a rather good idea. 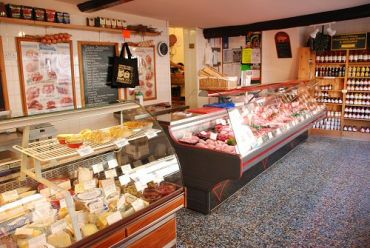 So he headed off to Allen’s Butchers in Halesworth.  He asked if they had any chicken wings or giblets from which he might make a chicken stock. The friendly butcher returned with a bag full of wings and half a chicken carcass.

When DonQui reached for his coin purse to pay, the butcher told him it he could have it for free as it would have been thrown our otherwise.

DonQui was both pleasantly surprised and slightly shocked at this news. If he had thought about it he would have realised that all those nice boneless chicken breasts left behind unsellable carcasses and chicken wings don’t tend to sell as well as other chicken parts. All of this would have been discarded if DonQui had not picked them up and put them in his panniers.

The actual process of making the stock is pretty simple.

The chicken parts, a quartered onion, a chopped up carrot, a chopped up celery stick, a bay leaf, some parsley and a few sprigs of thyme go into a pot with some salt (not too much as it is easier to add than take out). Cover, bring to the boil then simmer on a very low temperature. 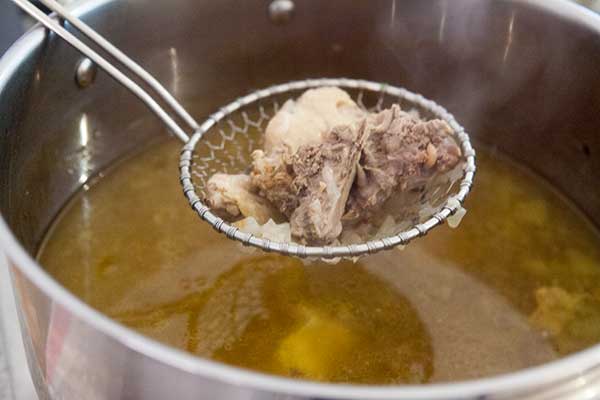 After a few hours DonQui fishes out he chicken, strips off the good bits of meat and sets it aside to be added in later to a soup. Then he throws the rest back in and lets it all simmer slowly a bit longer to reduce until the flavour seems about right.

After straining the stock can be used right away to make a soup or gravy base, or kept in the fridge to use another day. It also freezes very well.

DonQui is not sure how much it cost him. The chicken was free while the celery, parsley, bay leaf and thyme came from the allotment. All he had to pay for were the salt, pepper, one carrot and one onion (which he did not have on his allotment at the time). 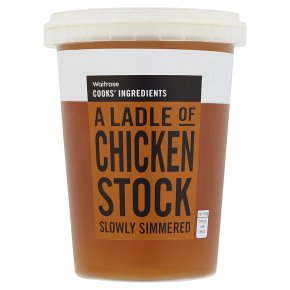 He made about a litre of stock from the free chicken which is pretty good given that 500ml of his favourite Waitrose chicken stock currently costs £2.79.

DonQui has found himself traveling to Riga quite a lot recently. 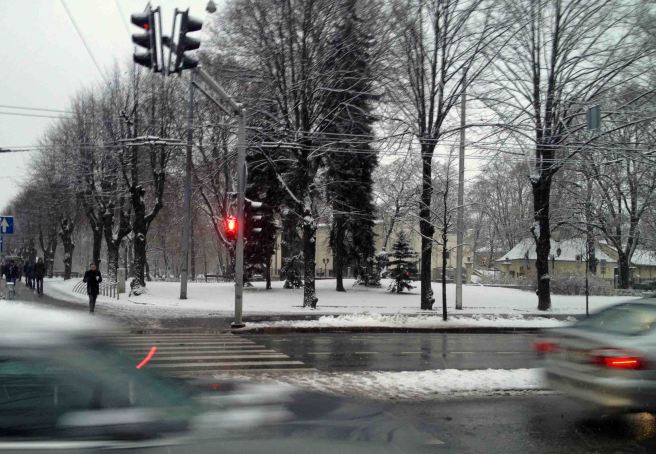 This is perhaps not the best time of year to visit if, like DonQui, you prefer heat to cold. With the UK basking in double digit temperatures the mercury in Riga is barely rising above freezing. 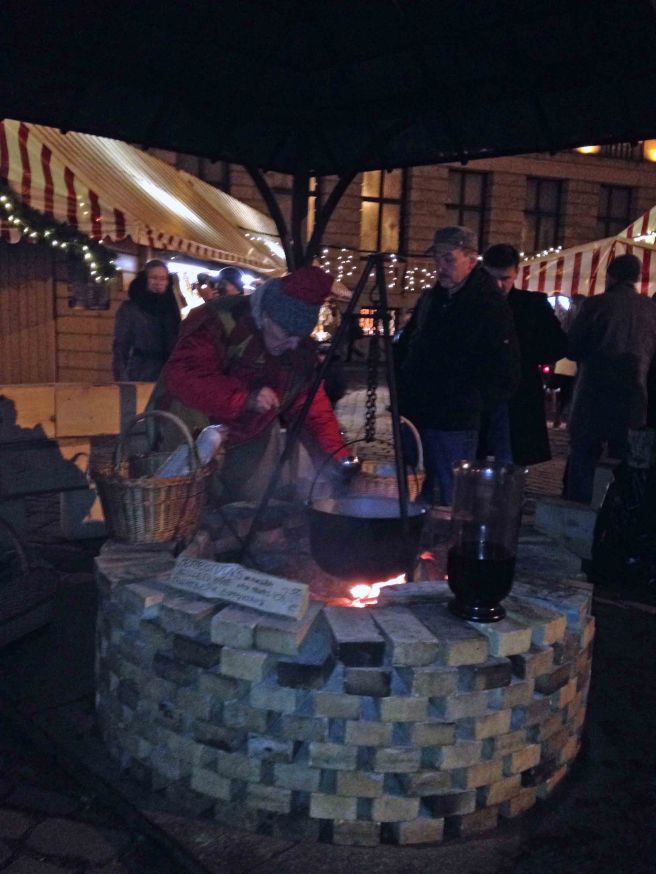 There are however some compensations such as mulled wine served from a cauldron over an open fire at the Old Town Christmas Fair. 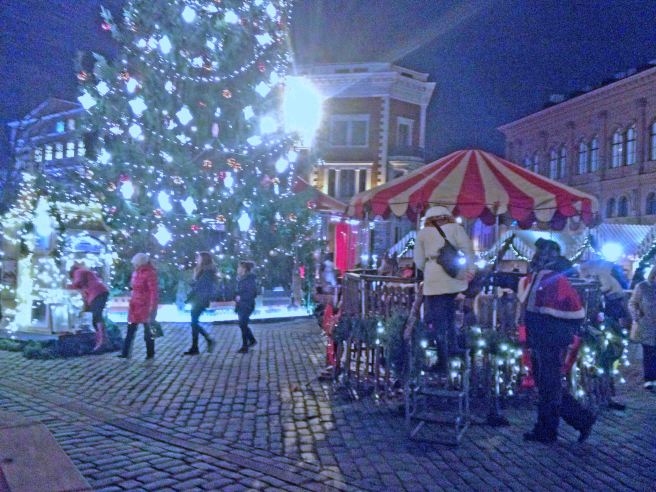 In DonQui’s view Riga, the capital of Latvia, is a rather pleasant place to spend a few days. 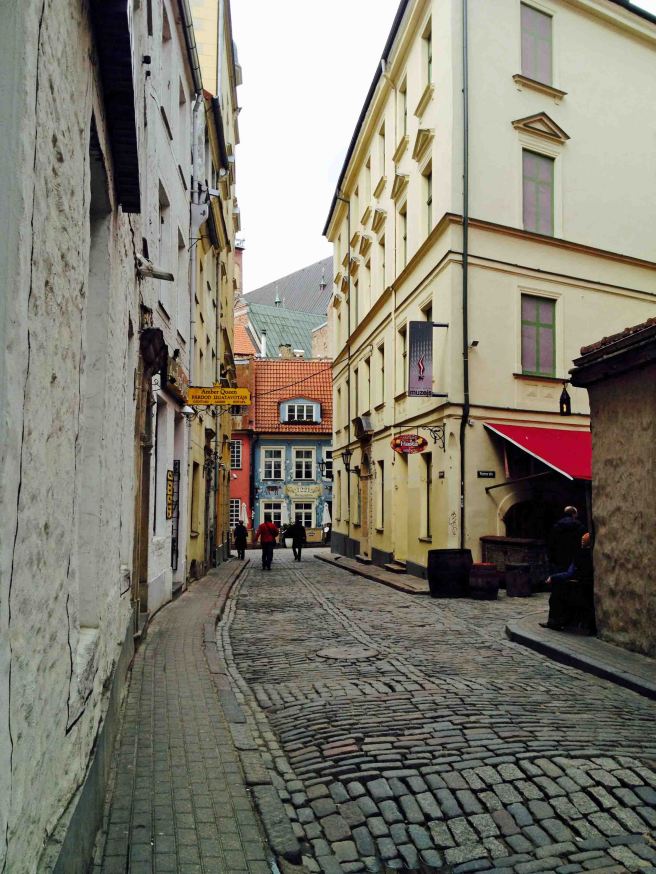 Old Town, with its narrow winding cobbled streets, is incredibly atmospheric — especially in the warmer months when DonQui enjoys sitting outside at one of the many cafés and watching the world go by. 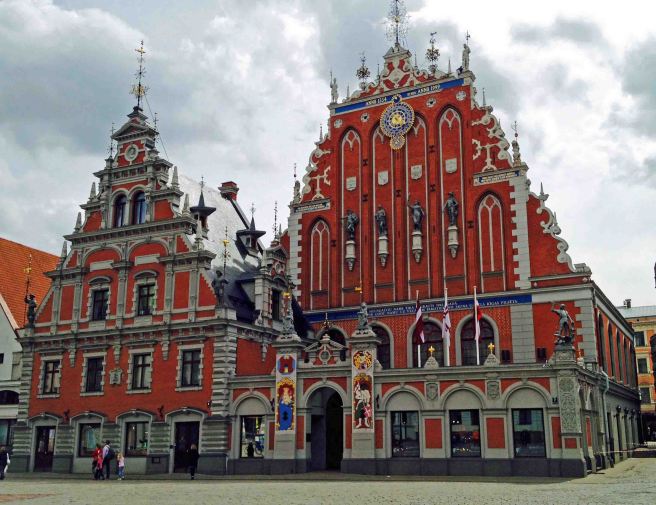 Wandering around the city it is not difficult to image oneself transported back in time to the medieval glory days when it was a Hanseatic city. The only downside is that such musings can be interrupted by embarrassing groups of drunken Brits on a stag-do or hen party. Fortunately there seem to be less of these now than a few years ago. 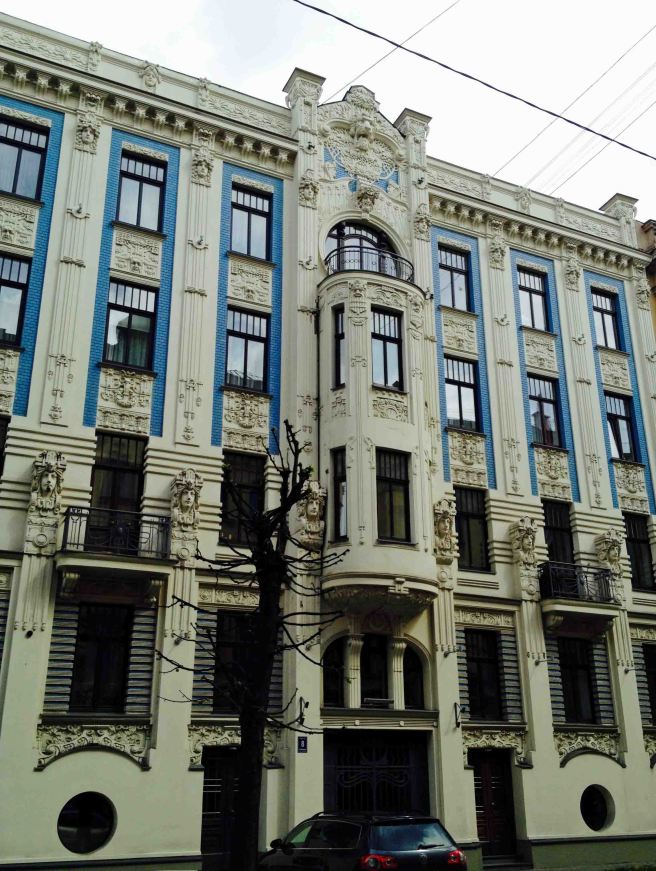 Further our from the old centre there are several streets featuring some of the best Art Nouveau buildings in Europe. It is well worth taking a walk up to Alberta Iela which is lined on both sides with some incredible architecture. 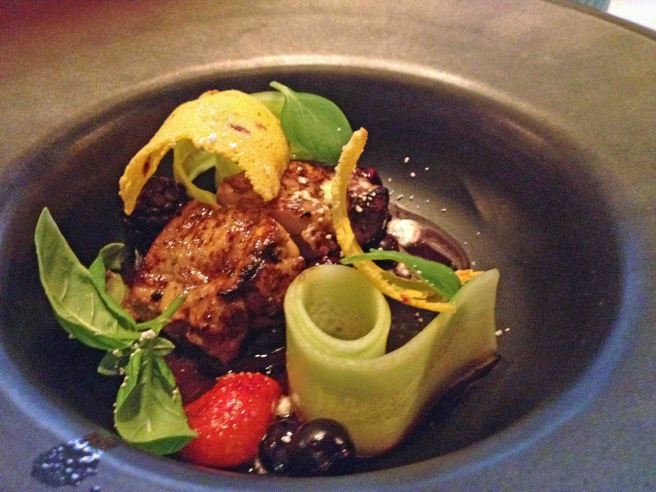 This part of town also has some very good restaurants including DonQui’s absolute favourite Riga eatery — the wonderful Muusu. Featuring top end modern European cuisine with a Latvian twist it is not the cheapest place in town but it is well worth it. 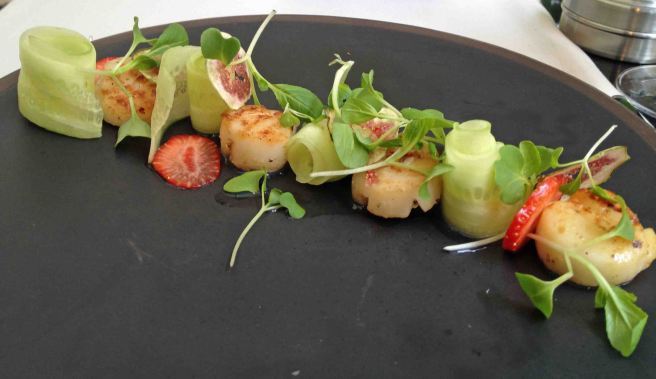 DonQui has enjoyed several delightful meals there and when he returned after a break of several months the very friendly waitress remembered his favourite wine. 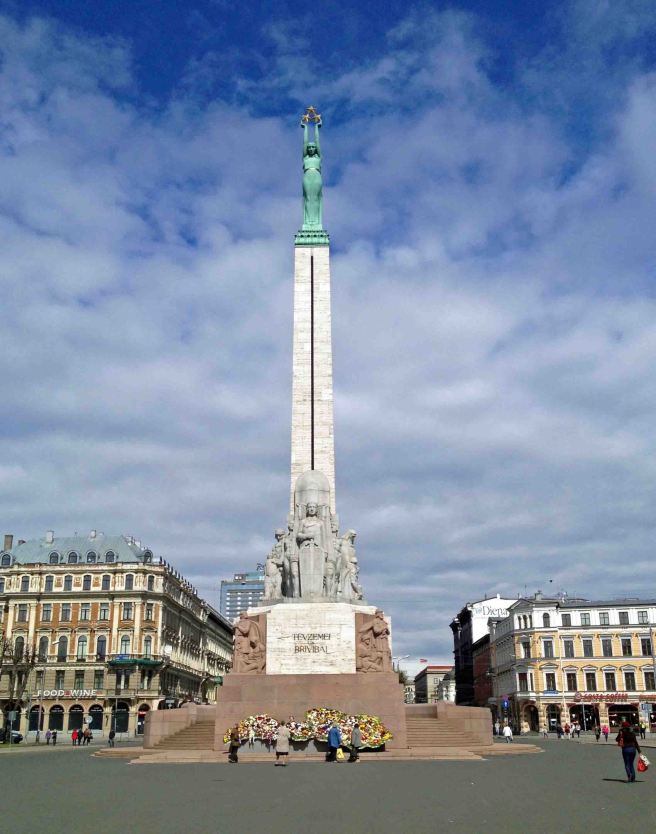 Latvia’s modern history has been troubled to say the least. The 1920s saw a conflict which involved Red and White Russians, Germans, Poles, British and others piling in to support various factions in a civil war which resulted in a brief period of independence. 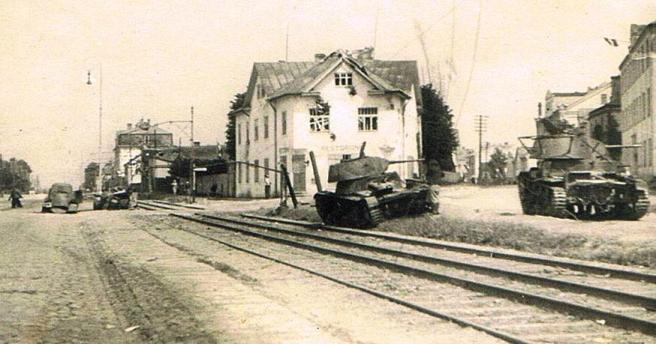 Latvians who backed the wrong side at the wrong time were killed or transported into exile, leaving a bitter legacy that remains to this day. A visit to the Museum of Occupation gives visitors a glimpse of what it was like in the dark days from the 1930s to 1980s. END_OF_DOCUMENT_TOKEN_TO_BE_REPLACED

DonQui recently tried out this recipe from  Passion Cook 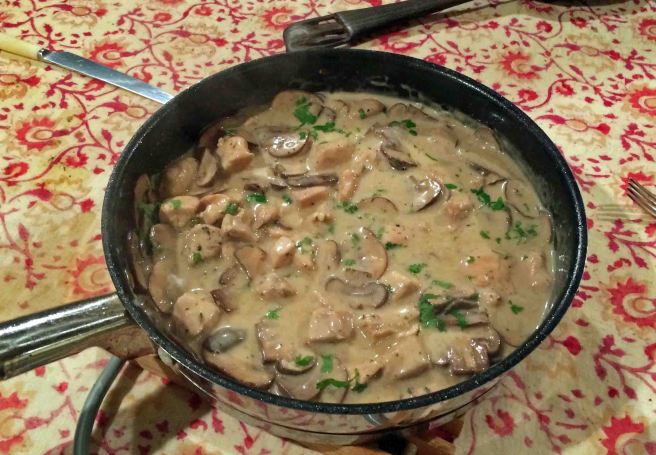 And very good it was indeed.

He made a small variation on the original recipe by reducing the wine and stock together for about 15 minutes and only then adding the cream right at the end. 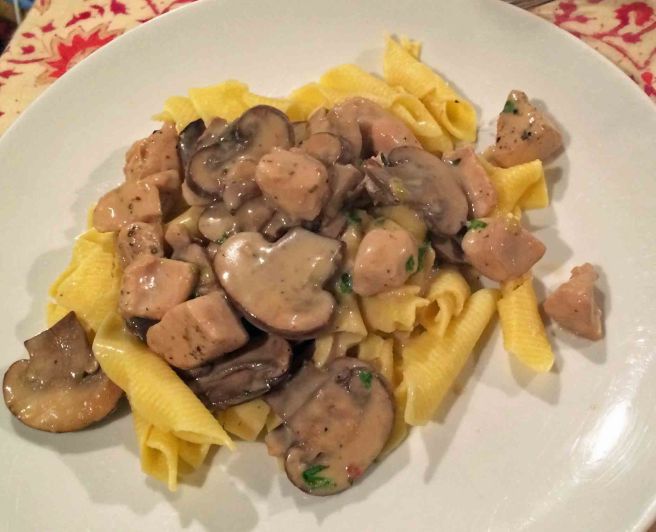 Whenever using cream in a sauce, especially with wine, DonQui always adds it at the end as this prevents it from separating or curdling.

A sprinkling of fresh parsley added a bit of colour.

DonQui loves his sauces and also loves making them from scratch. 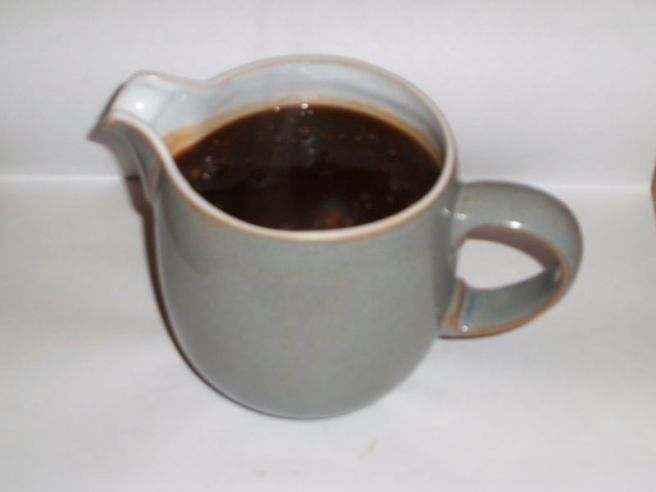