Christmas is still a few days away but DonQui Oaty is working on perfecting his stuffing recipe which he previously described for his Canadian Thanksgiving feast.

He thinks he has really perfected it now so here is is recipe for stuffing a Christmas bird, be it a turkey or (his favourite) a goose. 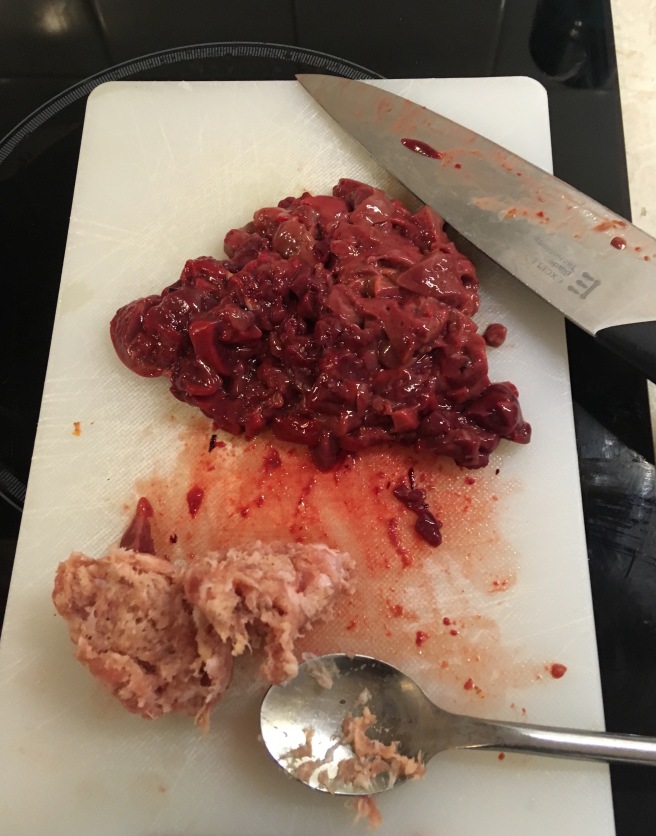 Two chicken livers, or one turkey or goose liver, chopped
Two teaspoons of sausage meat (If you cannot get sausage meat from your butcher then simply cut the skin off a sausage and use the inside filling)
Half an onion finely chopped 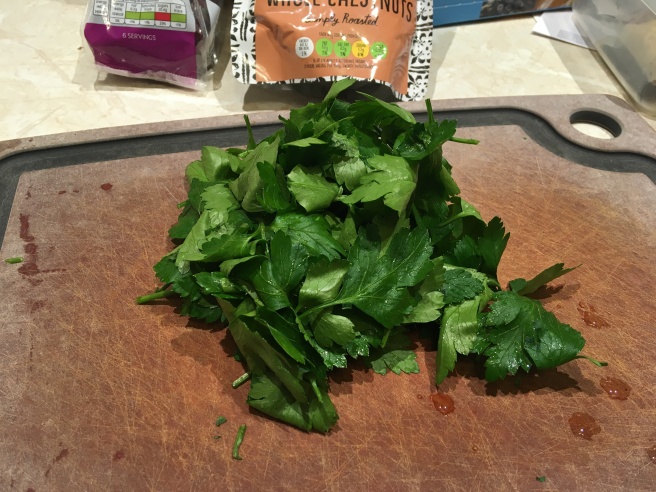 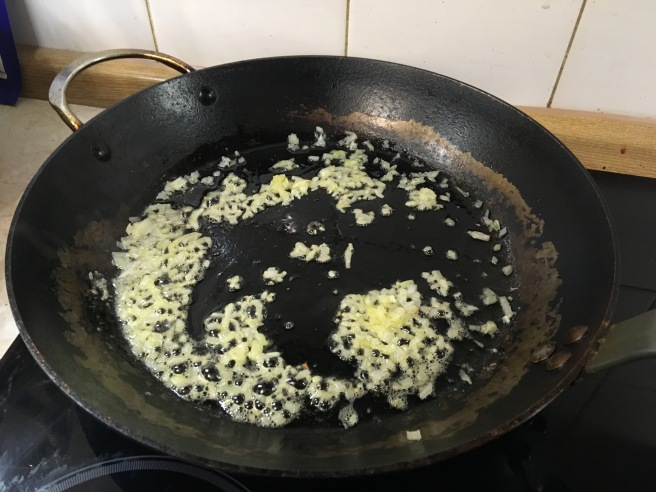 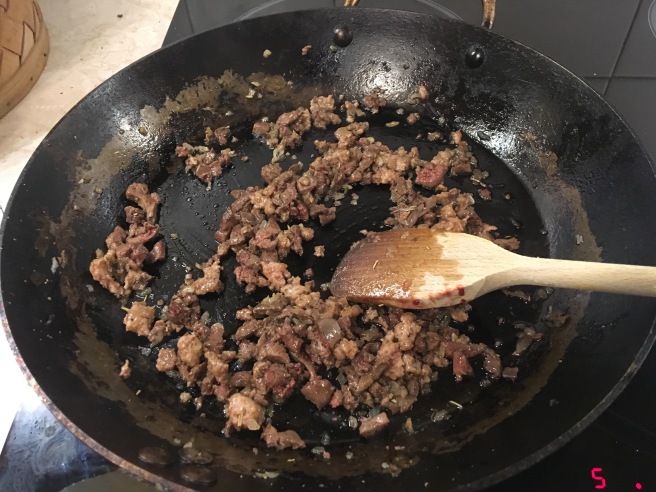 Add the chopped livers and sausage meat. Stir fry over a low heat until the pinkness is gone. 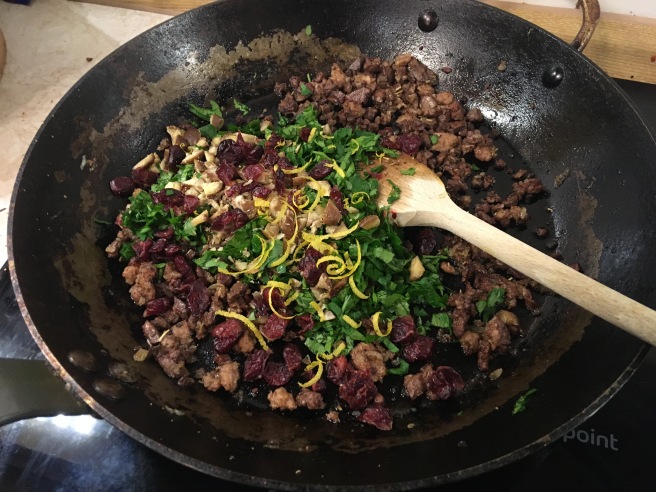 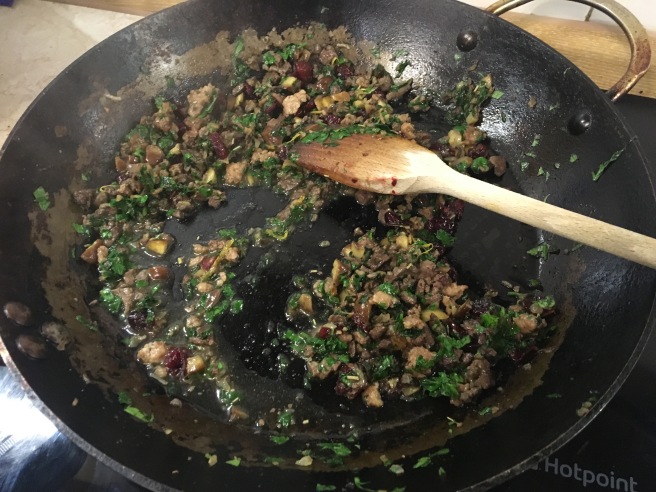 Add a splash of chicken stock or water to moisten. Then set aside to cool. 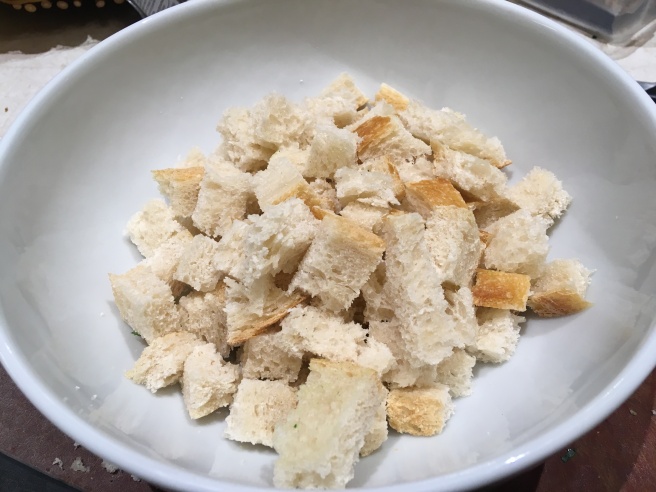 Break the bread up into chunks. If you prefer a smoother stuffing you can use soft breadcrumbs instead, or whizz the bread chunks in a food processor to make the same. 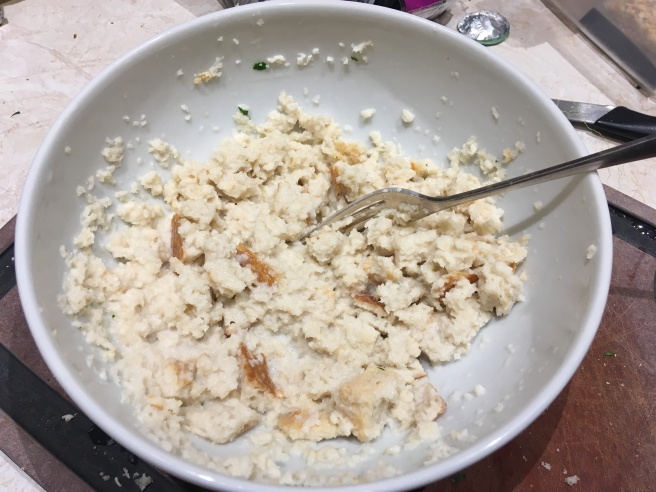 Moisten the bread with a little milk and mash it up with a fork until it becomes dough-like but not too soggy, If it seems a little too liquid you can squeeze out any excess milk with your hands. 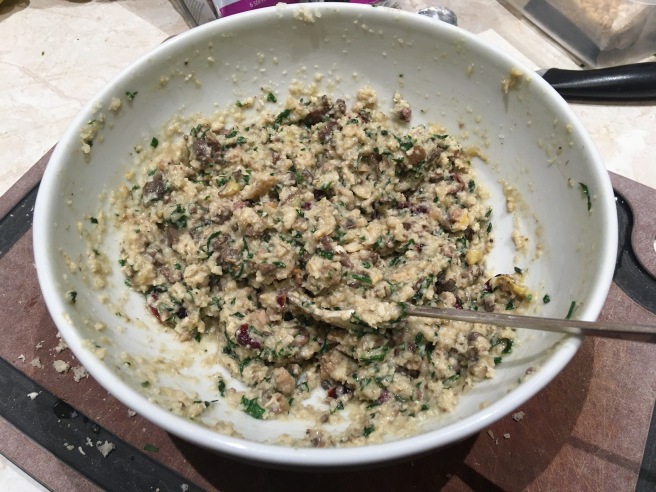 Mix in the meat/onion/herb mixture along with the cranberries and chestnuts if you are using them.

DonQui finds that cranberries and chestnuts give a real Christmassy feel. They add a delightful taste burst and a bit of crunch to the finished stuffing.  .

When it is throughly mixed it should have the look and constituency of a course paté. Cover and put in the fridge overnight. 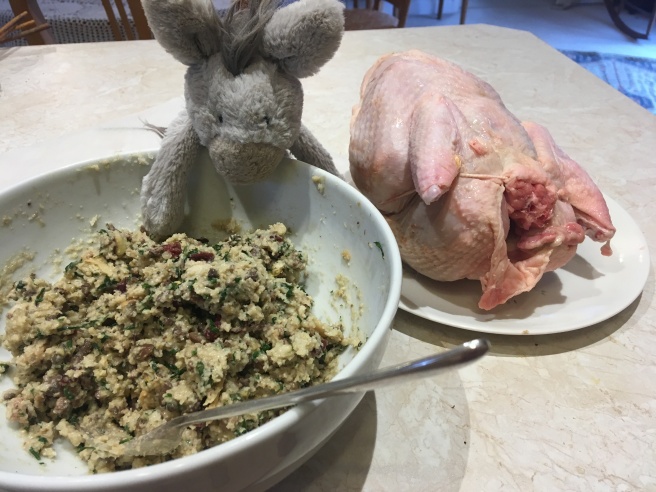 The following day stuff the neck end (the ‘back’ ) of the bird. 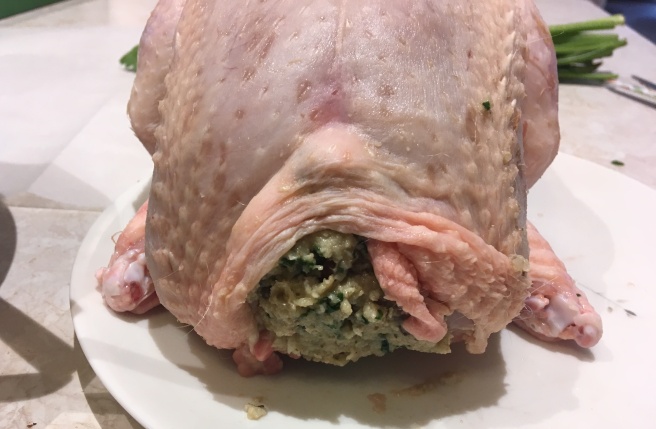 Draw the flap of skin over the stuffed end and secure with a couple of cocktail sticks. 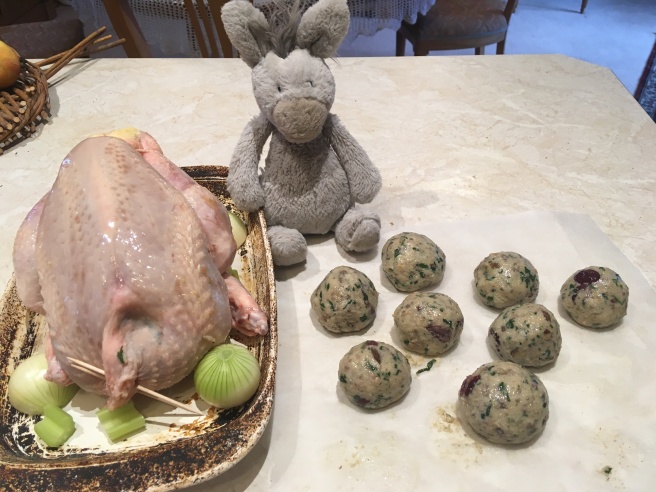 Today,  DonQui is stuffing a small chicken which gives him lots of left-over stuffing (there will be less left over with a larger Christmas turkey or goose). He forms the left over mixture into 2 inch balls with his hooves well coated in olive oil. The balls will only need 20-25 minutes baking in a hot oven and will be dryer and crispier than the moist stuffing inside the bird.

DonQui prefers the moister internal stuffing but some prefer the stuffing balls.